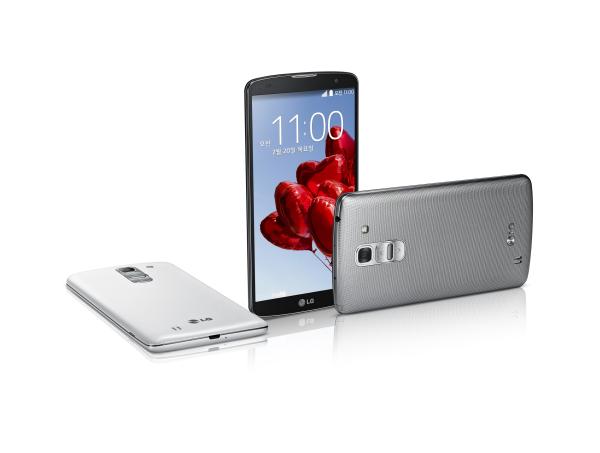 While the mobile world is expecting to see a number of new smartphones launched in less than two weeks at the 2014 Mobile World Congress, LG beats the competition by now making the LG G Pro 2 official.

As was expected the company has today unveiled the LG G Pro 2 in Korea and marks one of the first major Android smartphone launches of 2014. The device is going right up against the Samsung Galaxy Note 3 as it features a 5.9-inch Full HD touchscreen display.

Under the hood is the Qualcomm Snapdragon 800 quad core processor paired with 3GB of RAM with an Adreno 330 graphics chip. There is either 16GB or 32GB of expandable storage with the handset powered by a 3,200 mAh removable battery.

There is a 13-megapixel rear facing camera with OIS+ and is capable of capturing 4K video which also includes 120fps slow motion video, while there is a 2.1-megapixel unit around the front. The device will ship with the Android 4.4 KitKat operating system on board and will be available in black, silver, and white colour finishes but at the time of writing pricing or availability hasn’t been announced.