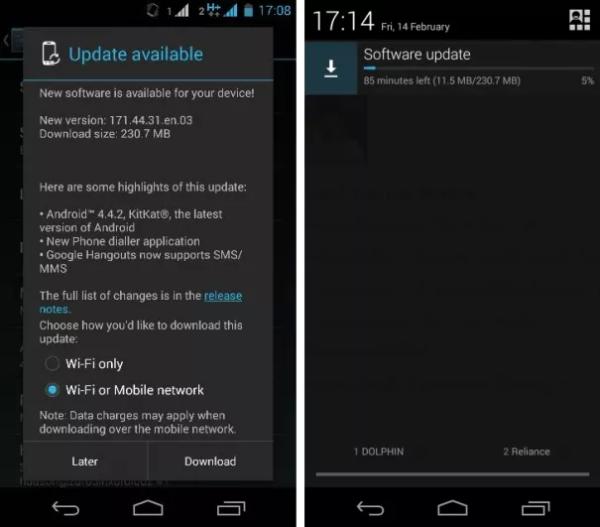 The Moto G was recently released in the country with the handset quickly running out of stock, but those that were lucky enough to get their hands on the device can now look forward to a taste of KitKat.

This update is available for the dual SIM version of the Moto G and is available as an over the air update, and has a file size of 230.7MB. Users can check for the new firmware’s availability by going into the handsets Settings and selecting About Phone > System update > Check now.

The update brings with it restyled navigation and status bars along with better power management, and the phone dialler has been enhanced that includes the option of looking up contacts directly from the dial pad.

There have also been improvements to the camera app as well as new photo editing options via the Gallery app. These include new filter effects, advanced cropping, and other adjustments that can be made to images.