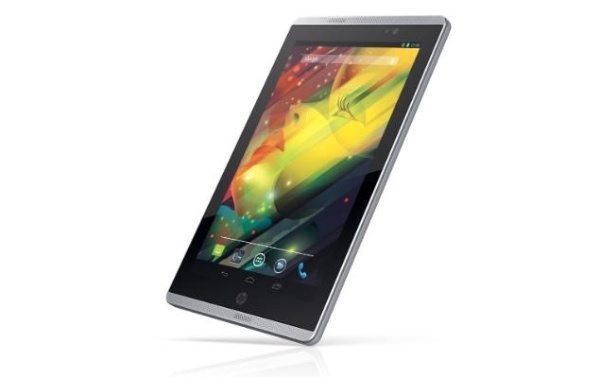 We knew some time ago that HP was to introduce a Slate 7 VoiceTab for India with voice calling, and now the tablet has been officially launched and priced. We have specs details and more of this new Slate7 ahead.

The Slate7 VoiceTab price is Rs. 16,990 and it was launched alongside the Slate6 VoiceTab phablet, which we’ve already given details of here. Slate 7 specs include a 1.2GHz Marvell PXA1088 quad-core processor, a 7-inch HD IPS display with resolution of 1280 x 800, 1GB of RAM, and 16GB of internal storage (expandable via microSD to 32GB).

Have you been waiting for the HP Slate 7 VoiceTab to become available in India? What do you think of the pricing that HP has come up with for this new tablet? We’re always interested to hear what readers have to say, so why not drop us a comment.