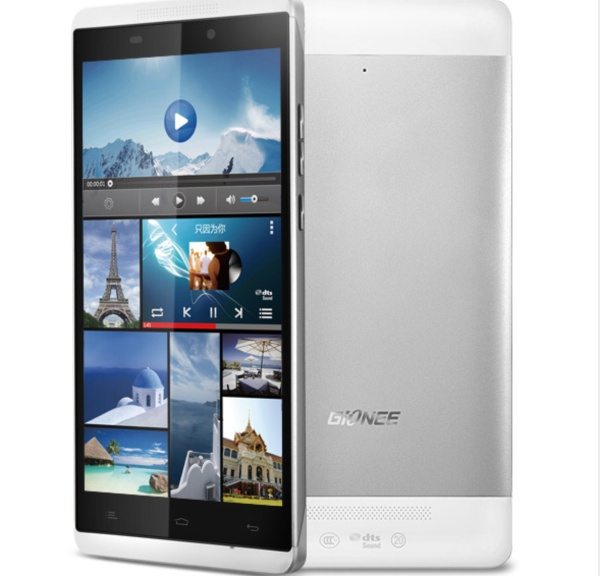 Dimensions are 163.5mm x 81.3mm x 7.95mm and it has an aluminium unibody design. This phone features built-in Digital Theatre System audio and it comes in Graphite Black or Silver colour options. The Gpad G4 price is Rs. 18,999.

Previously we gave details of the Gionee M2 when it first went on sale but this has now also been officially launched. This handset has a 1.3GHz Cortex A7 quad-core processor, Mali 400 graphics, 5-inch display with resolution of 854 x 480, 1GB of RAM and 4GB of internal storage, expandable via microSD to 32GB.

The Gionee M2 runs the Android 4.2 Jelly Bean operating system and comes in black or white colour options. This smartphone is officially priced at Rs. 10,999.

Are you thinking of buying a new Android smartphone? If you’re considering purchasing either of these new Gionee handsets, is it likely to be the Gionee Gpad G4 or the Gionee M2? We always enjoy hearing from our readers in India.