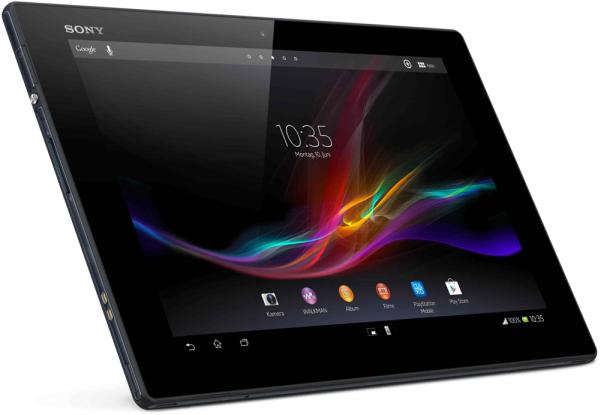 Over the last few weeks we have been hearing a number of rumours about new smartphones in the pipeline from Sony, but now the Sony Xperia Z2 Tablet has possibly been leaked with a nice specs and design bump.

While there have been numerous leaks and even videos for the Sony Xperia Z2 smartphone, serial mobile device tipster’s evleaks has again taken to their Twitter account to provide some details about a possible Sony Xperia Z2 Tablet device.

The source that has a pretty good track record is claiming that the tablet PC will feature a 10.1-inch Triluminos touchscreen display at a resolution of 1920 x 1200, which is powered by the Qualcomm Snapdragon 800 quad core processor running at a 2.3GHz clock speed and paired with a tasty 3GB of RAM.

This would be running the Android 4.4.2 KitKat operating system with 16GB of onboard storage that is expandable further via microSD card. There is reportedly an 8-megapixel rear facing camera paired with a 2-megapixel front facer, while a 6,000 mAh battery will be keeping everything switched on.

The device is claimed to be only 6.4mm thick and just like last year’s Sony Xperia Z Tablet the device will offer waterproofing. Of course this is only just a rumour but going on the sources track record could be pretty accurate.

Do you like the sound of the Sony Xperia Z2 Tablet?