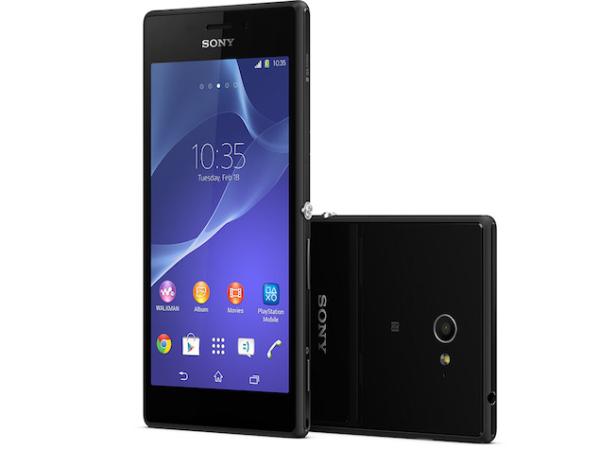 The Mobile World Congress event is well under way now as various companies launch new products and services, and the Sony Xperia M2 has been unveiled to take on the Motorola Moto G in the mid-range Android smartphone market.

Sony has now unveiled the Xperia M2 that has a 4.8-inch touchscreen display at a resolution of 540 x 960, which is powered by the Qualcomm quad core Snapdragon 400 processor that is running at a clock speed of 1.2GHz.

This is coupled with the Adreno 305 graphics GPU and 1GB of RAM with the device being touted as the thinnest in its class at only 8.6mm thick. There is 8GB of internal storage that can be expanded up to 32GB thanks to microSD card support.

The handset will come running the Android 4.3 Jelly Bean operating system and the rear camera has an 8-megapixel sensor with auto scene recognition and HDR. The handset is powered by a 2,300 mAh battery that is promised to provide up to 14 hours of talk time with standby time of up to 693 hours claimed.

It has 3G HSPA+, 4G LTE connectivity depending on the region along with Bluetooth 4.0, NFC, Wi-Fi, DLNA, and Micro-USB with tethering while Sony will be offering the Music Unlimited Service, giving users an access to 25 million songs for free for a period of 30 days, and the Video Unlimited Service will offer instant films.

While Sony have launched the handset they have yet to give specific pricing for the device but the company states that it will cost under â‚¬220 when it goes on sale around the world in April.

Do you think the Sony Xperia M2 is worth considering?