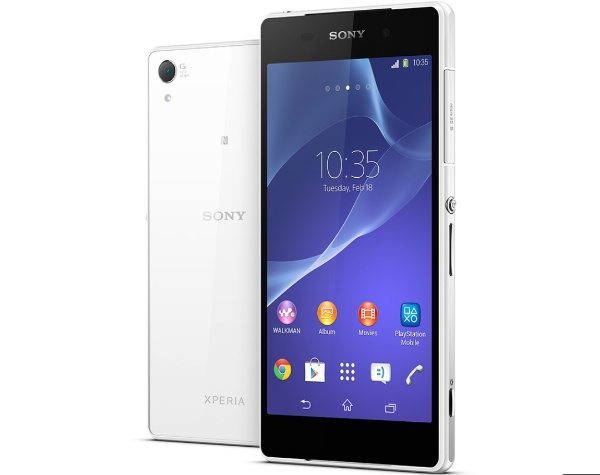 If you are one of the many people who have been waiting for confirmed news on the Sony Xperia Z2 then this is a good day for you. The Sony event has just taken place at MWC 2014 and the Sony Xperia Z2 smartphone is now official with a release coming in March. We have details on specs and more coming right up.

The successor to the flagship Xperia Z1 has been hotly anticipated and the upgrade in the form of the Xperia Z2 has plenty to offer. It has a 2.3GHz Qualcomm Snapdragon 801 quad-core processor, Adreno 330 graphics, 5.2-inch Full HD Triluminos display, 3GB of RAM, and 16GB of internal storage (expandable via microSD).

Camera wise you’re looking at an excellent set-up once again, with a 20.7-megapixel rear camera with Exmor RS for mobile CMOS image sensor, BIONZ for mobile image processing engine and 4K video capture with SteadyShot. There are also new camera apps including Timeshift video and new AR effect as well as a 2.2-megapixel front-facing camera.

The phone has a 3200 mAh battery, stereo speakers, 4G LTE support, and runs the Android 4.4.2 KitKat operating system. The Z2 has digital-noise cancelling technology for excellent audio, and as you would expect following the Z1 the Xperia Z2 is also dust-resistant and waterproof.

Design-wise the Z2 is beautifully slim with a unibody aluminum frame featuring glass panels. Maybe the best part of all is that we don’t have to wait too long between the announcement of the phone and its release as it’s set to hit the shelves next month.

What are your early thoughts on the Sony Xperia Z2 and the improvements it offers over the Xperia Z1? Are you a prospective customer for the Xperia Z2? Let us know by sending your comments.