Micromax Bolt A075 phablet listed and priced for India 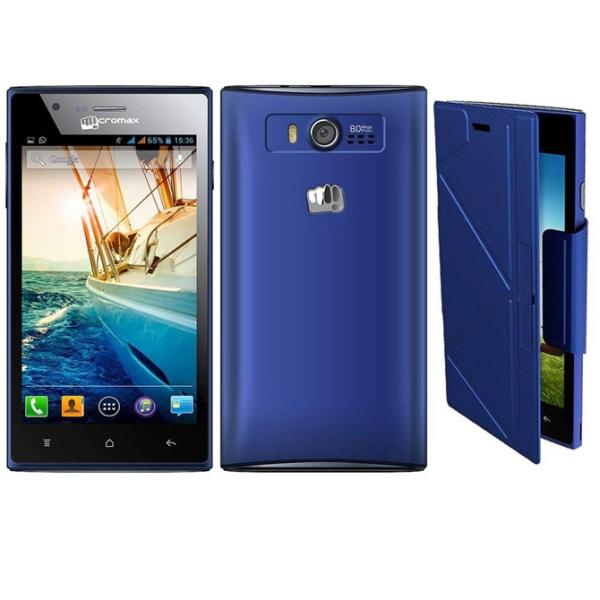 A day doesn’t seem to go by without a new smartphone being quietly launched for consumers in India with no fanfare or fuss, and we now have news of the Micromax Bolt A075 phablet device that has been listed and priced for the country.

Last month the company provided consumers with the Bolt A068, but the new Micromax Bolt A075 has a slightly larger touchscreen display for those that want something a little bigger. The device has been put up on the official Micromax website while some third party resellers already have the handset available for purchase.

The Micromax Bolt A075 phablet features a 5.2-inch TFT touchscreen display at a resolution of 480 x 800, which is powered by a dual core Spreadtrum SC6825A Cortex A5 processor that is running at a clock speed of 1GHZ.

This is paired with 512MB of RAM and surprisingly running the Android 4.0 Ice Cream Sandwich operating system, and of course the handset offers dual SIM support. There is 4GB of internal storage that is expandable up to 32GB via microSD card, while on the back is an 8-megapixel camera with LED flash.

Around the front is a VGA shooter while connectivity comes in the form of Wi-Fi, Bluetooth, GPRS, EDGE, and microUSB while the device is powered by a 2,200 mAh battery. Online retailer Saholic has the device listed for Rs. 6,499 with delivery promised by Saturday, March 8th.

Do you like the look of the Micromax Bolt A075?