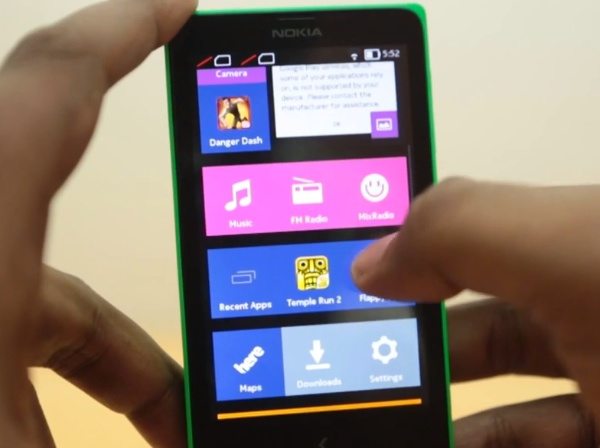 We’ve been bringing readers plenty of news about the recently released affordable Nokia X smartphone, a handset that runs a special version of Android. There may be owners or potential buyers who have not yet quite got to grips with all of the features the phone offers, and with that in mind we have a video to share that explains Nokia X multitasking.

The multitasking demonstration begins with discussing the heavily modified UI and says that initially it seemed that Fastlane was the way to manage apps, but this wasn’t in fact ‘true’ multitasking. However, the reviewer found a neat way of handling multitasking with a Multitask Shortcut app. An Advanced Task Killer app is also shown.

The YouTube video that you can view below our story comes from Fone Arena, and should be really useful for Nokia X owners who want some assistance with multitasking. Have you already purchased the Nokia X, or are you about to?