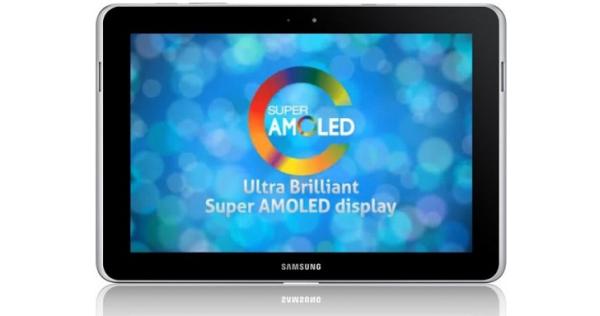 Earlier this month we heard rumours that Samsung was developing a new AMOLED tablet for release at some point this year, and now it seems as if this release is closing in as specs appear following a visit to the FCC.

It seems the arrival of a new AMOLED Samsung tablet has got closer following a visit to the FCC by model numbers SM-T801 and the LTE SM-T805, and the device features a 10.5-inch display. Other details revealed by the visit include the battery that has a rating of 30.02Wh at 4.35 volts, which works out at 6,900 mAh.

Meanwhile some benchmark results have been found that reveal more about the upcoming device that include the tablet will feature a Octa core Exynos processor clocked at 1.9GHz and coupled with 3GB of RAM.

The display will have a resolution of 2560 x 1600 while there is an 8MP rear camera, 2MP front facer, 16GB of internal storage, and the Android 4.4.2 KitKat operating system.