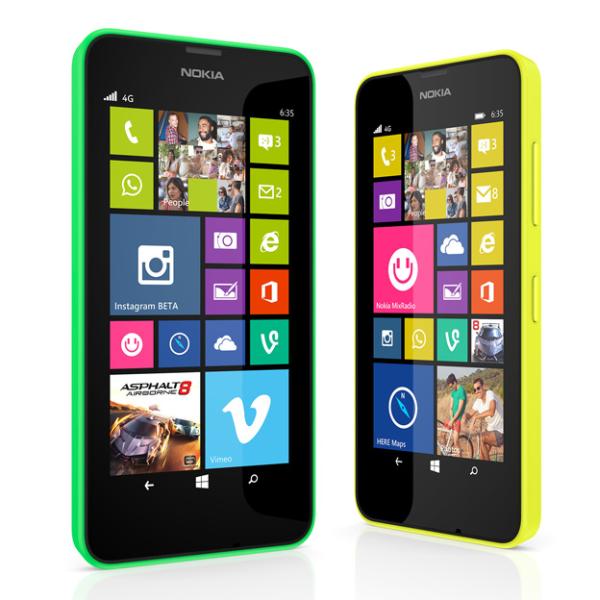 A few days ago smartphone manufacturer Nokia announced a bunch of new Lumia handsets, and now the Nokia Lumia 930, 635, and 630 Dual SIM pricing for India is pegged with release timeframes.

There are a number of new Nokia handsets down to be released in India over the coming few months, and the Nokia Lumia 630 Dual SIM is set to arrive next month in the country priced at around Rs. 10,000 excluding taxes.

The single SIM version should also arrive the same month and priced slightly cheaper, while the Nokia Lumia 635 which is virtually the same but with 4G capabilities is down to arrive in July. This is set to be priced at around Rs. 11,300 plus taxes.

Meanwhile the 4G Nokia Lumia 930 is also set to be released in India during the month of June and the price coming in at around Rs. 36,000 plus taxes.

Will you be getting any of these new Nokia handsets?