This time last year HTC were under some considerable pressure after reporting the companies lowest profits to date, people were saying that the death knell was sounding for the Taiwanese company.

Despite launching two flagshipÂ devicesÂ theÂ HTC OneÂ M7 and now the M8 this hasn’t stemmed the losses,Â today the Taiwanese phone maker has reported aÂ NT$1.88 billionÂ (Â£38 million) loss for the first three months of 2014 (ouch). That’s the second time in three-quarters that HTC has dipped into the red, having only broken even in Q4 2013.

Hopefully the new HTC One M8 and the new Desire 816 will pull the company back into the black, I for one would be sad to HTC disappear as they make some of the best handsets available.. 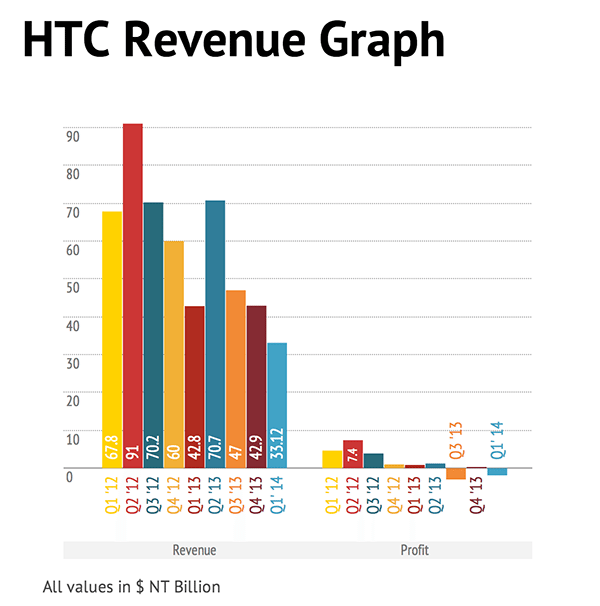 What do you think this means for the future of HTC? Are they a lost cause or can they come through the ashes like a phoenix