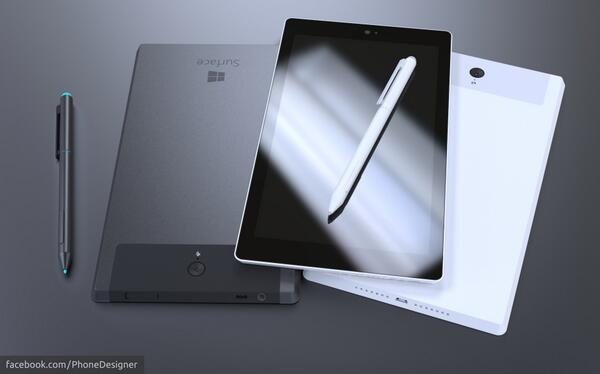 The Microsoft Surface devices are pretty well known by now and Microsoft could well be thinking of ways to extend their popularity. They might do this by coming up with a Surface Mini tablet and although Microsoft has not officially announced such a device, that hasn’t stopped plenty of people from discussing it. Today we have a Microsoft Surface Mini tablet design to show you, although regretfully at this stage this is merely a concept version.

This render comes from reputed designer Jonah Daehnert, who has come up with many previous concept ideas, including one of a Surface Phone. This Surface Mini vision reflects the design of the existing Surface’s and includes a stylus and a camera that includes a flash. It looks to have a nicely premium build from what we can see and the speakers can be seen at the bottom of the device while there is also a microUSB port there.

It’s worth bearing in mind that this is just a preview of what’s to come and we’ll be looking forward to seeing Daehnert’s full array of images for his Microsoft Surface Mini tablet. Would you like to see a Surface Mini tablet like this?