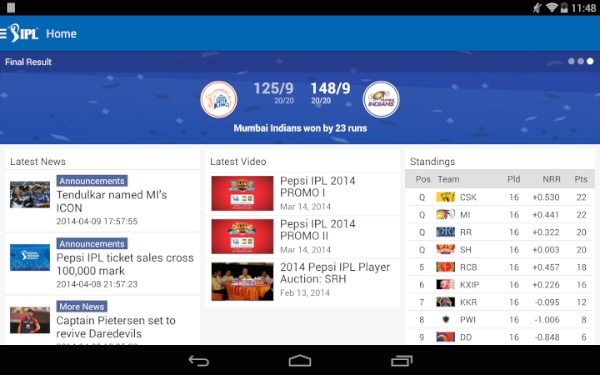 The Indian Premier League runs from April 16 to June 1 in 2014 and many people will want to be kept informed of all the action as it’s happening. The official IPL app offers live scores and much more from the tournament, and it’s available for the Android, iOS, and Windows Phone platforms.

The IPL app will enhance your enjoyment of the T20 spectacle. Just some of the features it includes are fixture lists, live scoreboards, results, points table, latest news, and statistics for teams and players. This is a free app and you can hit the separate links below to be taken straight to the appropriate app store for each platform.

Will you be downloading the official app to make the most of IPL 2014?