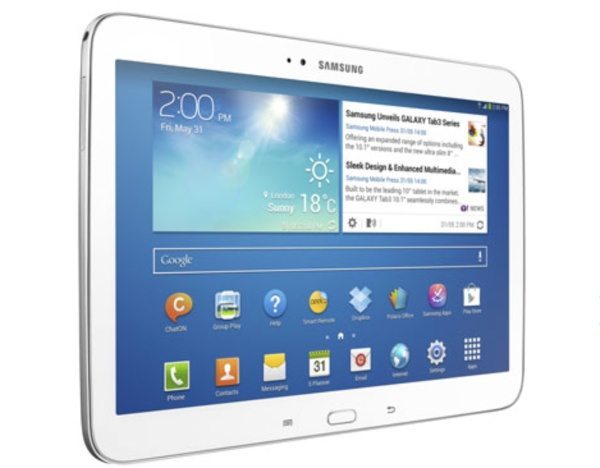 Further specs include a 3-megapixel rear camera, 1.3-megapixel front-facer, and a 6800 mAh battery, while connectivity options include 3G, Wi-Fi a/b/g/n, and Bluetooth 4.0. It runs the Android 4.2.2 Jelly Bean operating system. The tablet is listed in White at Samsung online here, although it’s currently out of stock. Would you have any interest in buying the Samsung Galaxy Tab 3 10.1 or are you waiting for the Galaxy Tab 4 10.1?