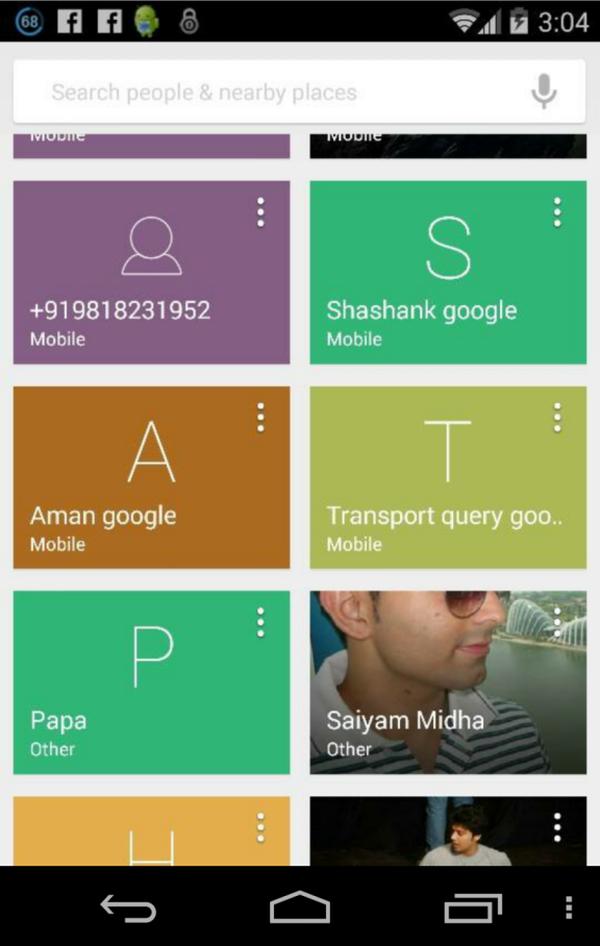 While certain aging Samsung handsets have just begun receiving the 4.4.2 KitKat update evidence has been growing in the last few weeks that Google were working on another incremental firmware build. Now an Android 4.4.3 update screenshot leak suggests that some new features are inbound.

Previously it was thought that the Android 4.4.3 update contained only bug fixes for the numerous problems that have been affecting the likes of the Nexus 5, but now a screenshot is indicating that there will be some minor changes to the UI.

The image that you can see on this page has come via the XDA forums and show a new card based phone dialler, and like the Gmail app there is no image of the contact and instead we have the contacts first initial.

The contact search bar remains at the top of the display with the blue action bar is still at the bottom, but nexus users will be more concerned about getting the various bugs that have hot Nexus hardware such as Wi-Fi connection issues, and rebooting of devices.