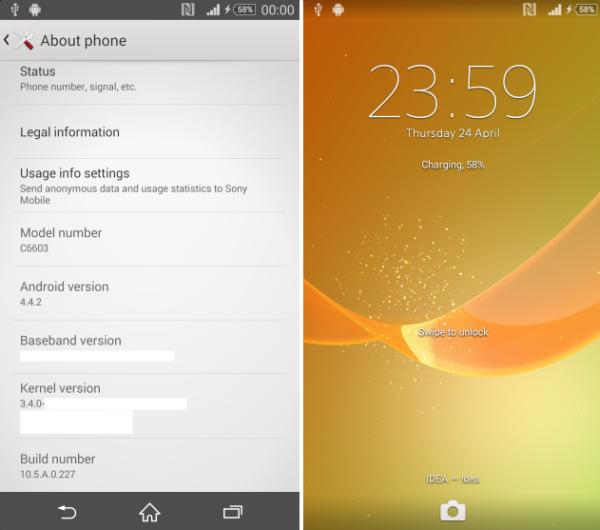 There are a growing number of slightly older mobile devices that are being prepared to receive a newer version of the Android operating system, and one such handset is the Sony Xperia Z as some Android 4.4 screenshots seems to indicate that the update is about to see a release.

Following on from some official release timeframes for a number of Sony Xperia hardware, a couple of days ago we heard of a possible sighting of the Sony Xperia Z Android 4.4.2 KitKat update. Now some screenshots have appeared from a reliable source over on the XDA Forums that include a number of screenshots of the update.

Some of these can be seen on this page and clearly shows the Android version running on the device, and it is believed that this version of the firmware could be about to be released ahead of the official version for users that are confident in doing such things. Update: The firmware has now been leaked more info here.

Would you install a pre-release leaked version of this software?