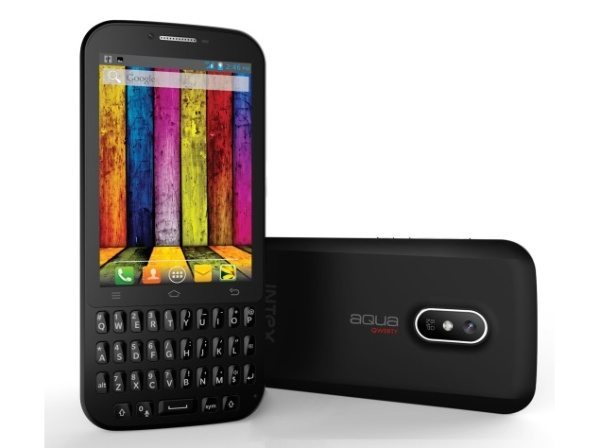 Here’s news of a new phone that has just launched for India that will be particularly appealing to those who prefer a physical keyboard. The Intex Aqua Qwerty smartphone has a very reasonable price and also features 3G connectivity.

This is the first touch-and-type handset from Intex and it’s priced at Rs. 4,990, far less than some other QWERTY keyboard phones such as the BlackBerry Q5 and Q10. Specs of this dual SIM (GSM + GSM) phone include a 1.2GHz dual-core processor, 3.5-inch HVGA display with resolution of 480 x 320, 512MB of RAM, and 4GB of internal storage (expandable via microSD to 32GB).

Further specs include a 5-megapixel rear camera, 0.3-megapixel front-facing unit, 3G, GRPS/EDGE, Wi-Fi, Bluetooth and Micro USB and it has a 1500 mAh battery. It runs the Android 4.2.2 Jelly Bean operating system. Do you prefer a phone with a physical keyboard, and if so might you buy the Intex Aqua Qwerty?