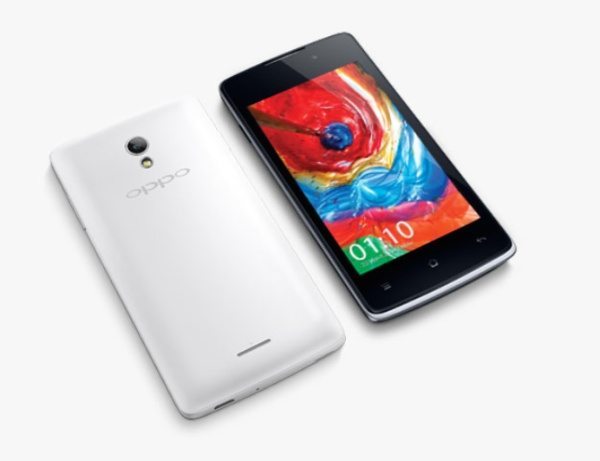 A new Oppo smartphone has officially launched in Indonesia and it’s a dual SIM device at an affordable price. Although availability elsewhere has not been confirmed yet, it seems likely that it will also become available for other emerging markets such as India. We have details of Oppo Joy specs and more coming right up.

This new Oppo phone will release in Indonesia shortly at a price of around $138. Specs of the phone include a 1.3GHZ MediaTek dual-core processor, Mali 400 graphics, a 4-inch WVGA display, 512MB of RAM, and 4GB of internal storage, expandable via microSD.

It has a 3-megapixel rear camera and 0.3-megapixel front-facing shooter, a 1700 mAh battery, and runs the Android 4.2.2 Jelly Bean operating system skinned with Color OS UI. There’s HSPA+, Wi-Fi and Bluetooth, and the dimensions of the Oppo Joy are 124mm x 63mm x 9.9mm. It weighs in at 125g and will be available in either black or white.