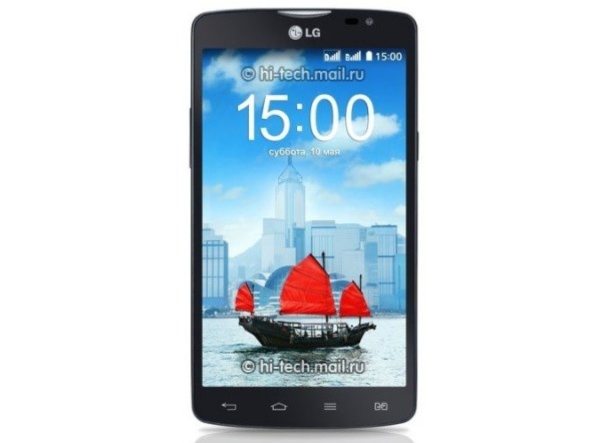 News today is of a new LG phone to launch soon called the LG L80 Dual. You may have already heard of the L90, L70 and L40 that have already been launched and now another is on the way. Specs and press images of the LG L80 Dual have been leaked by a Russian website and it’s anticipated that the phone will initially release in Russia towards the end of May.

As the name suggests the L80 Dual is a Dual SIM smartphone with dual standby and it also has a dedicated SIM switch key. Specs of the phone include a 1.2GHz dual-core processor, 5-inch WVGA display with resolution of 800 x 400, 1GB of RAM, and 4GB of internal storage, expandable via microSD to 32GB.

The L80 Dual has a 2540 mAh battery while connectivity options include 3G HSPA+, Wi-Fi, Bluetooth and GPS, and it runs the Android 4.4 KitKat operating system. The camera details have not been given yet but it seems likely that the phone will have a 5-megapixel rear camera with a 0.3-megapixel front-facer. The final details we have are that it will come in black or white color options. We expect that the LG L80 Dual will also release in other regions at some point.