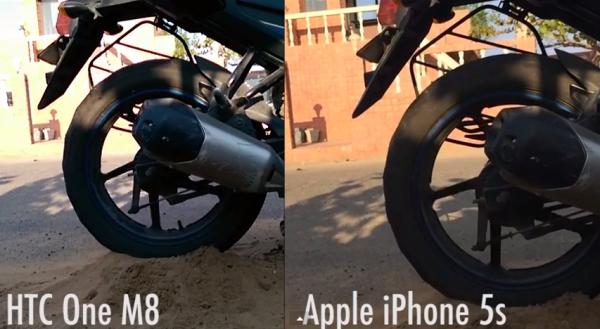 Whenever a new smartphone is released it will be the subject of a variety of comparisons against other already available handsets, and today we have the HTC One M8 vs. Apple iPhone 5S as the slow motion video capture capabilities are compared.

We have already seen these two flagship handsets compared in another video comparison that couldn’t find a clear winner. Now we have a short YouTube video courtesy of the guys over at FoneArena that is having a quick look at the slow motion video qualities of the two handsets.

The video begins with a look at the HTC One M8 that is capturing the spinning rear wheel of a Yamaha motorcycle which is sitting on some sand, and as it spins we see the sand kicked up and how the device captures this.

We then see the same situation captured with the iPhone 5S so check out the video and tell us which handset you think offers the best results.