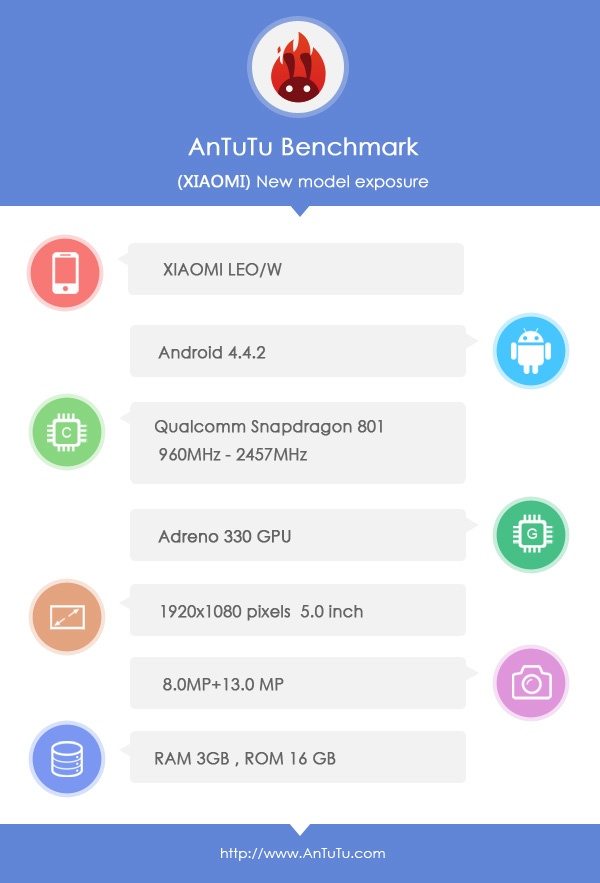 Only a few days ago we reported on a leaked image claimed to be of the upcoming Xiaomi Mi3S flagship smartphone. A few unofficial specs were also leaked but now the Xiaomi Mi3S is the subject of a further specs leak from a benchmark listing.

The previous leak included specs of a 2.5GHz Snapdrdagon 801 quad-core processor, 3GB of RAM, and 16GB of internal storage (with other storage models possible). Now the phone has shown up on the AnTuTu benchmark database and it reinforces those specs and also gives some more details. 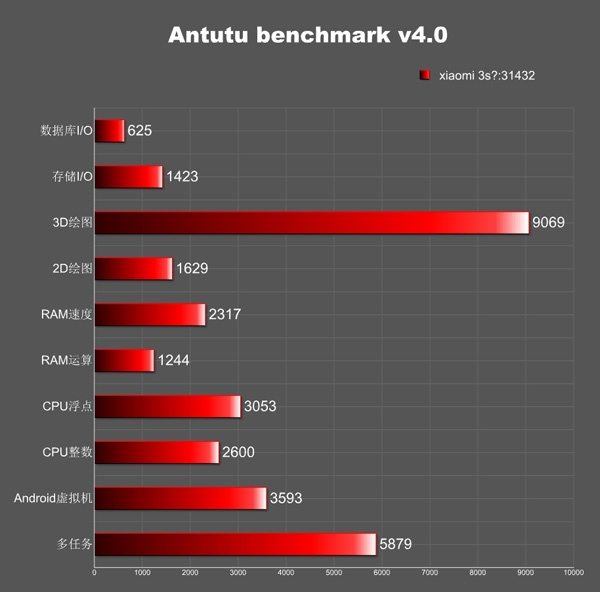 The Mi3S (codenamed Leo) phone is listed as having Adreno 330 graphics, a 5-inch display with Full HD resolution of 1920 x 1080, a 13-megapixel rear camera, and an 8-megapixel front-facing camera. It’s shown to be running the Android 4.4.2 KitKat operating system.

As for its AnTuTu performance it scores 31,432 points, and although this isn’t particularly impressive for the Snapdragon 801 chip there could be optimizations made before the phone sees an official release. It’s possible that we’ll see the unveiling of the Xiaomi Mi3S at an event expected to be held on May 15th so it might not be too much longer until we hear confirmation on specs, features and hopefully pricing.

Source: AnTuTu
Via: G for Games