Nexus 6 with Android 5.0 and price imagined 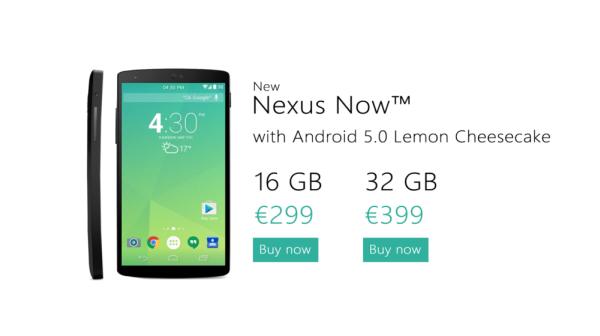 While there has been talk that the Nexus series could be ended next year it hasn’t stopped the rumours for this year’s smartphone offering, and today we have a Nexus 6 with Android 5.0 and price imagined.

The image that you can see on this page is a concept phone idea by designer Adam Safranek and is being called the Google Nexus Now. The device has a slight curve so it could easily be made again by LG and is running Android 5.0, which is being called Lemon Cheesecake.

There are even some Nexus 6 prices that have the 16GB version at â‚¬299 and going up to â‚¬399 for 32GB of internal storage. The operating system has a simple flat look to it while the display has very slim bezels surrounding it.

One thought on “Nexus 6 with Android 5.0 and price imagined”