iOS 8 rumoured to bring welcome new feature to the iPad 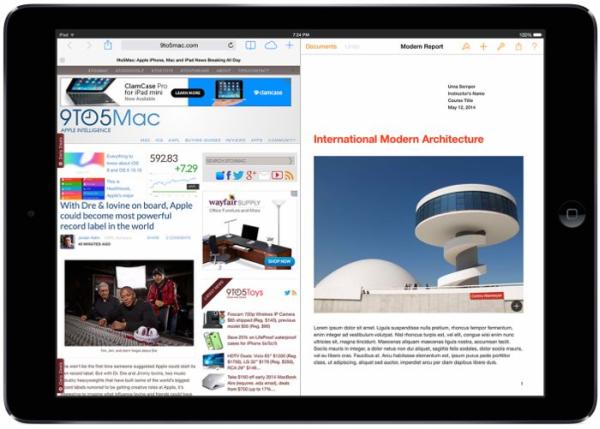 While this year’s new version of the Apple mobile operating could still be a number of months away from being released we should get to see some details of it next month at WWDC 2014. Now though it is being rumoured that the iOS 8 release is going to bring a welcome new feature to the iPad.

There have already been a number of rumours surrounding what could be seen with the iOS 8 operating system, but now a new report is claiming that we will see split screen multitasking introduced to the iPad.

This will allow users to run two applications side by side at once much in the same way as the Samsung Multi Window works on the company’s Galaxy handsets. It is also claimed that iOS will be designed to make it easier for applications to interact with each other, and developers will be able to build this into their apps.

The new multitasking feature is claimed to be designed to work on the 9.7-inch iPad Air so whether this option comes to the iPad mini remains to be seen. This feature is also available on some Android tablets as well as the Microsoft Surface but will be welcomed by iPad owners.