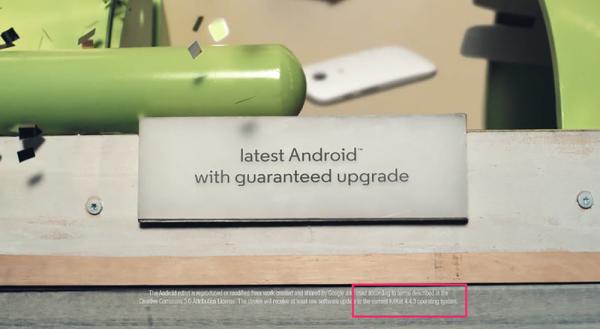 It has been a while know since evidence started to emerge that Google were working on a new version of the KitKat operating system, and now it seems as if the Android 4.4.3 KitKat update release is imminent after a video spot.

Earlier today Motorola unveiled the Moto E which included an official video for the new smartphone, and the eagle eyed guys over at Android Central spotted reference to Android 4.4.3 in the video.

It’s after 38 seconds into the video that can be seen here and this news comes after we heard recently that the new OS will be bringing some new features instead of just bug fixes as thought previously.