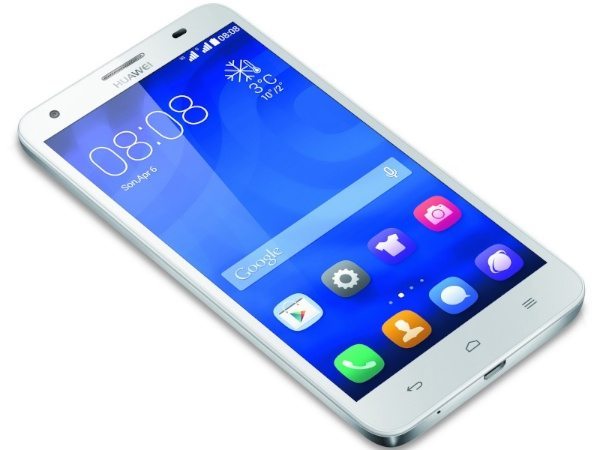 Huawei has just officially introduced two more smartphones for India and we have specs and more ahead. The Huawei Ascend G750 and Ascend G6 have both been priced at the India launch and will be available to buy very soon, with the Ascend G750 being the pick of the two.

We’ll begin with the Huawei Ascend G750 specs and this dual SIM smartphone (pictured here) is powered by a 1.7GHz MediaTek MT6592 octa-core processor with Mali 450-MP4 graphics. It has a 5.5-inch IPS display with resolution of 1280 x 720, 2GB of RAM, and 8GB of internal storage, expandable via microSD.

Further specs include a 13-megapixel rear camera with LED flash, a 5-megapixel front-facing camera, and 3000 mAh battery, and it runs the Android 4.2 Jelly Bean operating system skinned with Huawei’s Emotion UI 2.0. It has a 3.5mm audio jack and DTS audio, and connectivity includes 3G, Wi-Fi 802.11 b/g/n, Bluetooth and GPS. The Ascend G750 price is Rs. 24,999.

Moving on to the Ascend G6, this smartphone has a 1.2GHz Snapdragon 200 quad-core processor, a 4.5-inch IPS display with resolution of 960 x 540, 1GB of RAM, and 4GB of internal storage, expandable via microSD. It has an 8-megapixel rear camera with LED flash, a 5-megapixel front-facing unit, and a 2000 mAh battery.