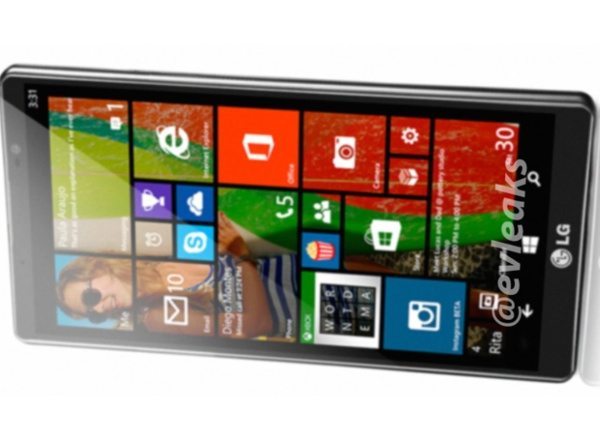 This article will be very brief as there’s really not too much information about the product in question so far. What we do have for you though is an LG Uni8 Windows Phone 8.1 device leaked image, purported to show this upcoming device.

The interesting part of this leak is the idea that LG is to return to a Windows Phone device and the smartphone shown in this image is apparently the LG Uni8, although that name might not be final. It looks to be a phablet-sized handset, and as we can see transparent Live Tiles it’s running Windows Phone 8.1.

The phone looks to have ultraslim bezels and likely specs would include a 1080p display and a Snapdragon 800 processor. Although we cannot verify this leaked image, it does come from reliable leaker @evleaks so we’re inclined to believe that it is the real deal. Would you be interested in a new Windows Phone device from LG?