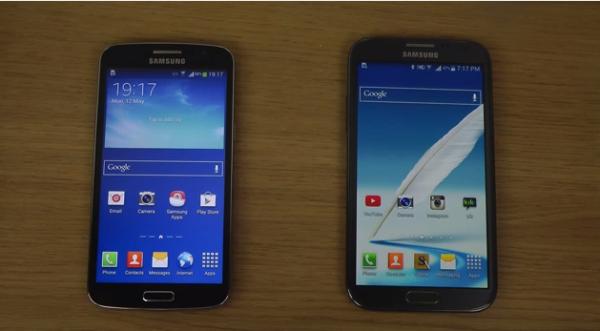 The Samsung Galaxy range of smartphones and tablet PCs have long been popular among mobile users across the world, and a number of these are currently in the process of receiving a new firmware update. We now have a Samsung Galaxy Grand 2 vs. Galaxy Note 2 Android KitKat comparison video for your viewing pleasure.

We have recently seen the Galaxy Grand 2 go up against the Galaxy S3 in a speed test as both handsets are currently on the Android 4.3 Jelly Bean operating system, but the Galaxy Note 2 has begun receiving an update to Android 4.4.2 KitKat.

There is also a look at the handsets Internet browsers but take a look at the full video and tell us what you think, and you may want to check out the Galaxy Note 2 vs. Galaxy S3 video we had earlier that looks at the Android 4.3 OS against 4.4, or the Galaxy S4 compared against the Grand 2.