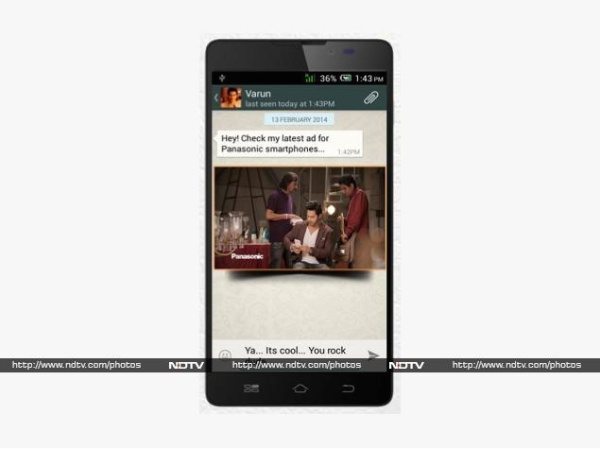 Information on a new Panasonic smartphone has leaked a day ahead of its official launch for India. The Panasonic P81 is an octa-core phone and we have unconfirmed specs and India price news coming right up.

A source to NDTV Gadgets has given the following specs information for the P81. It’s said to have a 1.7GHz octa-core processor, a 5.5-inch 720p display, 1GB of RAM and 8GB of internal storage, expandable via microSD to 32GB.

It has a 13-megapixel rear camera, 2-megapixel front-facing camera, a 2500 mAh battery, and runs the Android 4.2.2 Jelly Bean operating system skinned with Panasonic’s Play Life UI. Further specs of this dual SIM handset are said to include 3G, Wi-Fi 802.11 b/g/n, Bluetooth 3.0, and microUSB 2.0 and it also has FM radio.

It’s nicely slim at 7.9mm thick and comes in a black leatherette finish. The Panasonic P81 will be available from tomorrow at an MRP of Rs.19,990, although it will be found cheaper depending on retailer. Panasonic is also offering some freebies including a flip cover and more and you can see further details at the source below. Does this sound like a smartphone you might be interested in?