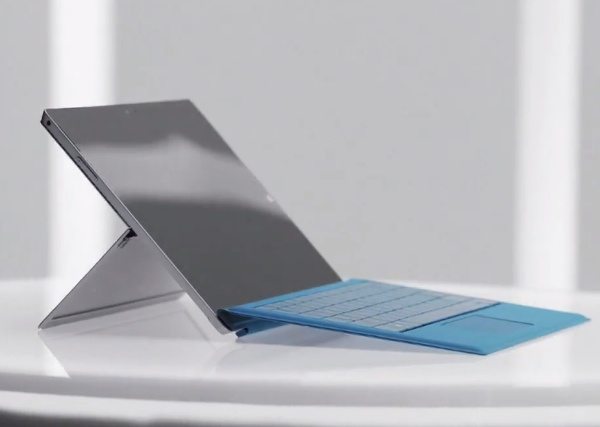 As rumored, the Surface Pro 3 steps up to a 12-inch display with resolution of 2160 x 1440. This is a slim tablet at only 9 .1mm thick and it weighs 800g, pretty light for a device this size. The new Surface Pro supports pen input and also has a multi-position kickstand, while there are also improvements to the new Type Covers needed for this larger size.

If you’re wondering when you can get your hands on one we can tell you that pre-orders open tomorrow at Microsoft online, Microsoft retail stores and other retailers. However, Microsoft has not yet specified a release date.

You can see an official Microsoft promo for the tablet in the YouTube video that we’ve embedded below this story. Do you think you might purchase the Microsoft Surface Pro 3?