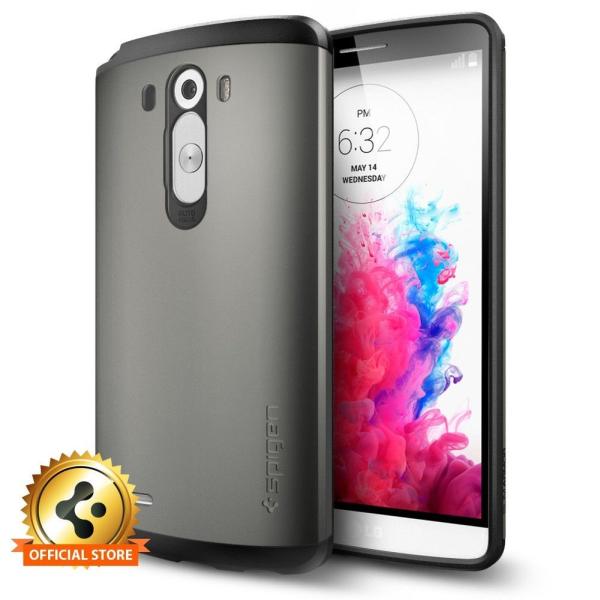 The leaks surrounding the upcoming LG G3 have been coming at us at a thick and fast over the last couple of weeks, and now the dimensions for the handset have seemingly been revealed by a Spigen case listing.

We have already heard a lot about the LG G3 recently that has also included another case for the device that has already gone on sale. Now a Spigen Slim Armor case has appeared on the Amazon website which is becoming common practice for the company after the same thing happened for the Nexus 5, and the Samsung Galaxy S5 before they were announced officially.

This LG G3 case has a number of promotional images that include some that provide the dimensions of the case, and GSM Arena have used this to work out the rough measurements for the actual handset.

The device despite coming with a 5.5-inch display will have roughly the same physical size as the Samsung Galaxy S5 even though the Samsung handset has a 5.1-inch screen.

If accurate the LG G3 will be slightly smaller than the Sony Xperia Z2 and not as tall or as thick when compared to the HTC One M8. This news comes after we earlier heard how the handset had been priced on some retailer’s websites while a model number appearing for the UK.

Are you now giving the LG G3 some serious thought in terms of a new smartphone upgrade for 2014?