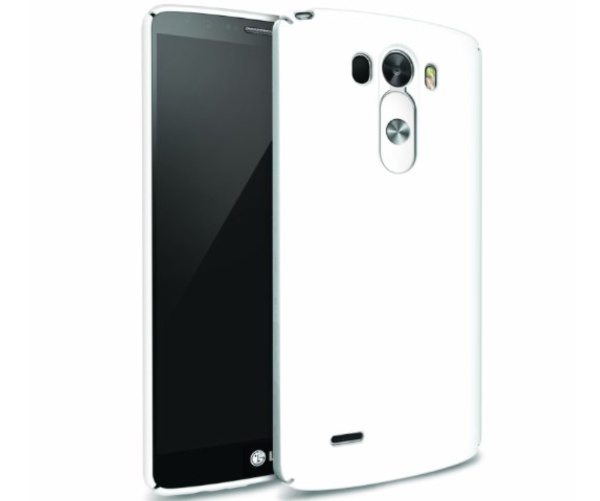 The LG G3 is expected to be officially unveiled at an event on May 27 and we’ve seen countless leaks about this phone already. One thing we still don’t know though is a release date for the phone. However, news today is that an LG G3 case is already available for sale, and we wonder if this gives a possible release hint.

We know pretty much what to expect with the LG G3 and there have been numerous leaked images of the device lately and also case renders, which is always a good indicator that a release is not too far away. The case that has now appeared for sale via Amazon is the LG G3 Ringke FUSION bumper case, which is clear with a slim profile. The price is just $9.99 plus shipping, but what is more interesting is that stock is expected of the case on June 30.

As many case accessories appear on the scene around the same time as the device itself releases, it would be easy to assume that this means that the phone itself will have arrived for sale by that date. However, we have to restrain ourselves a little, as of course this could be making a leap too far.

One thing for sure is that we’ll be bringing you all the official news on the G3 from the launch event later this month, when hopefully all will be revealed regarding a price, release date and confirmed specs. Are you already intent on purchasing the LG G3