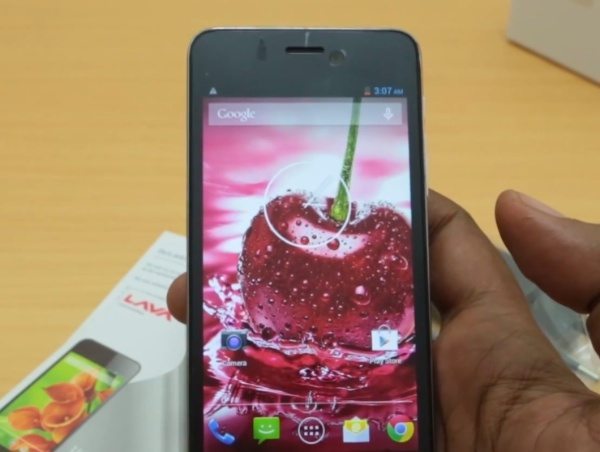 The Lava Iris Pro 20 smartphone was introduced last month and is aimed at the more affordable end of the market. If this is a handset you’re considering purchasing you might be interested in a Lava Iris Pro 20 unboxing, benchmarks and gaming review.

We’ve embedded three videos below our story for you to view that give plenty of information about this phone and come from Fone Arena. The first YouTube video shows an unboxing and begins by running through the specs of the phone before removing the packaging. You’ll then see the contents of the box and the handset, giving you some looks at the device itself. Finally you’ll see the device powered up and this overview offers a useful first look at the Iris Pro 20.

The second YouTube video shows benchmarks for the device. A variety of benchmarking tests are shown being conducted on the Iris Pro 2. Just some of these are GFXBenchmark, NenaMark, AnTuTu, Basemark, and Quadrant Benchmark, and you’ll see individual scores as the video goes on before all of the results are shown together at the end.

The final YouTube video is a Lava Iris Pro 20 gaming review. This shows gameplay from a variety of games being played on the phone including Asphalt 8, Shadowgun, Dead Trigger 2, Riptide GP2, and Modern Combat 4. After each gaming clip you’ll see a score given for both graphics and performance and at the conclusion of the video you’ll see an overall rating given for Iris Pro 20 gaming. We don’t want to give away too much here but you can check out all of the above by scrolling down to all three videos.

Based on what you see in the benchmarks, unboxing and gaming review, do you intend to purchase the Lava Iris Pro 20?