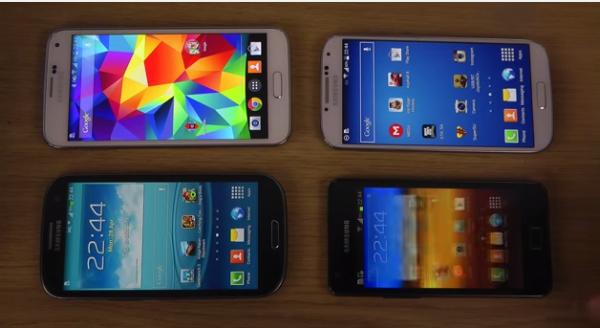 The latest Galaxy S5 handset has been with us for just over a month now but it was the much loved Samsung Galaxy S2 that got the ball rolling in terms of Samsung’s dominance of the Android platform, which was further strengthened by the arrival of the Galaxy S3.

Today we have a video for you that is demonstrating The Amazing Spider Man 2 game on each of the devices, and once all the devices have loaded up with the game we get a look at the Galaxy S2 in action first.

Despite the handsets age the game flows pretty well before we move along the handsets until we reach the most recent Galaxy. Watch the full video and tell us how you think each handset performs.