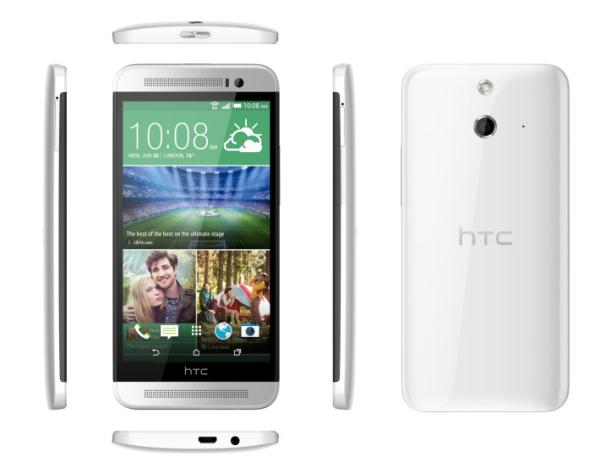 The HTC One M8 is loved for its premium aluminium form factor but the trouble is materials such as this doesn’t come cheaply, but now the HTC One E8 has been revealed officially with price info missing for the time being.

For a while this handset had the code name as HTC One M8 Ace but the handset has now been officially unveiled as the HTC One E8. The handset still features a 5-inch Full HD display powered by the quad core Qualcomm Snapdragon 801 2.3Ghz processor.

This is paired with 2GB of RAM running the Android 4.4.2 KitKat operating system with the HTC Sense 6 overlay. Thanks to the polycarbonate body the handset is lighter than the M8 at 145 grams, and on the back there is a single 13MP camera similar to the HTC Desire 816 with a 5MP front facer.

It will come in a number of colour options with 16GB of internal storage expandable up to 128GB via microSD card, and powered by a 2,600 mAh battery pack. It has been promised to be released in the coming months with China first at the end of this month, and priced competitively.

Do you like the look of the HTC One E8?