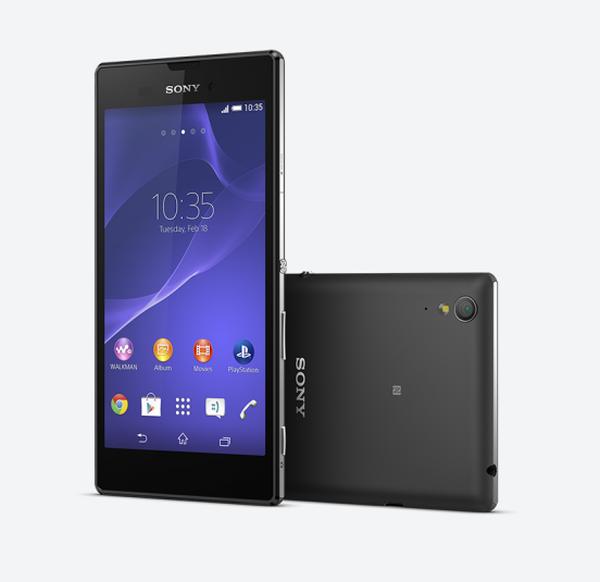 Smartphone manufacturers are constantly bringing out new handsets at a variety of pricing levels which obviously also brings a range of specifications, and today the Sony Xperia T3 has been announced that brings slimness to the Android platform.

Yesterday we reported on a Sony tease that was thought could be for the Xperia Z Ultra 2 release, but instead it was actually for the Sony Xperia T3. The smartphone has been dubbed by the company as the “the world’s slimmest 5.3 phone.”

The device measures only 7mm thick while the rest of the Sony Xperia T3 specs include a 720p resolution screen powered by the quad core Qualcomm Snapdragon 400 processor clocked at 1.4GHz with 1GB of RAM running Android 4.4 KitKat.

There is 8GB of internal storage expandable up to 32GB via microSD card while on the back is an 8MP camera with Exmor RS sensor capable of 1080p video capture, and around the front is a 1.1MP shooter.

The full dimensions of the Sony Xperia T3 are 150.7mm x 77mm x 7mm with a 2,500 mAh battery keeping everything switched on, and a global release has been promised to start from the end of next month.

Do you like the look of the Sony Xperia T3?