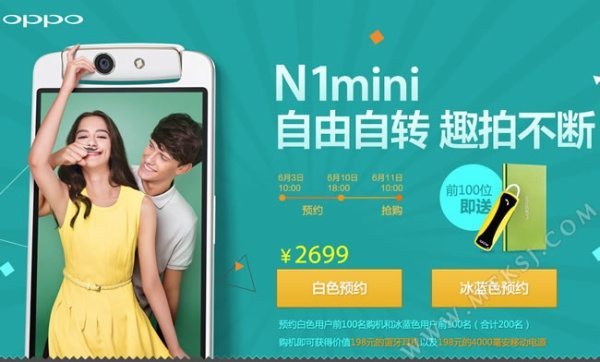 The Oppo N1 Mini was recently made official but the company didn’t clarify the price of the smartphone. However, the cost of the handset for China has now emerged, and the Oppo N1 Mini price seems to be exorbitant.

The phone will release initially in China on June 11 and it has a price tag of 2,699 yuan, which equates to around $431, Â£258, or â‚¬317. Considering that mini varieties of phones usually have watered down specs, that seems pretty steep, although Oppo still hasn’t confirmed full specs for the device.

Unconfirmed N1 Mini specs include a 1.6GHz Snapdragon 400 quad-core processor, a 5-inch 720p display, a 13-megapixel camera with rotating lens, and 2140 mAh battery. It will be running the Android 4.3-based Color OS 1.4. There’s some confusion over the amount of RAM and storage though, as leaks suggested just 2GB of internal storage but it’s thought this could have been a reference to RAM instead.

This should all be made clear very soon, but we’d like to know what you think of the price of the Oppo N1 Mini? Would you pay this much for a mini version of a flagship?