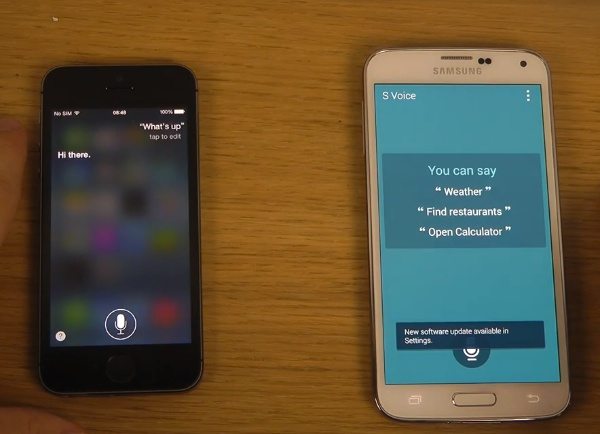 On Monday Apple officially took the wraps off iOS 8. This is now available to developers in beta form and will make its way to a public release in fall. It’s always good to get an idea of what we can expect when it arrives on our iOS devices, and today we have a video comparison of the iPhone 5S on iOS 8 vs. Samsung Galaxy S5 on Android 4.4.

The upgraded iOS will be compatible with various Apple mobile devices, and we’ve already shared a video showing the keyboard improvements and also a look at iOS 8 beta 1. The YouTube video we have today is a 10-minute look at Apple and Samsung’s current flagships both running the latest versions of their respective operating systems.

It gives an idea of some of the changes and improvements that iOS 8 brings to the iPhone 5S and how the software experiences differ on these devices. It covers aspects such as their voice assistants, camera apps, settings and much more, so do check it out and let us know what you think.

You can also see how non-developers can currently access iOS 8 here, although we always recommend waiting for official releases. Are you an Android devotee, or are you eagerly waiting for iOS 8?