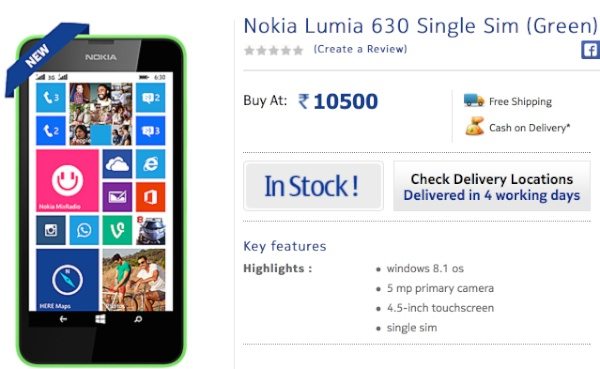 The official single SIM Lumia 630 price for India is Rs. 10,500, as announced previously, and it’s available now at the online Nokia Shop for India. The dual SIM model launched at Rs. 11,500 although it can now be found cheaper depending on retailer. The phone comes in black, green, orange, white or yellow colour options.