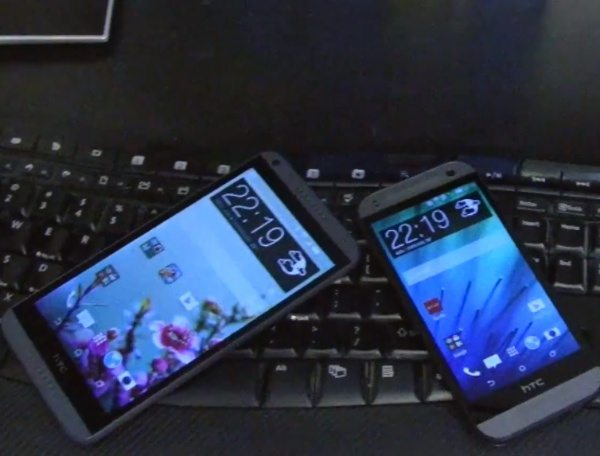 Generally the price of the One mini 2 is more than the Desire 816, although pricing will vary by region, carrier and retailer. We’re concentrating here on the key specs of each handset, rather than their individual designs and features, and this will enable you to see how they compare against each other in this respect.

Camera set-up
Both cameras have a 13-megapixel rear camera with autofocus, LED flash and 1080p video capture. They also both have a 5-megapixel front-facing camera.

Dimensions, Weight, Colors
The Desire 816 measures 156.6mm x 78.7mm x 8mm and weighs 165g. It comes in Black, Gray, Green, Red or White color options. The One mini 2 measures 137.4mm x 65mm x 10.6mm, weighs 137g and comes in Gunmetal Gray, Glacial Silver or Amber Gold. It’s worth noting that all color choices may not be available for all regions or carriers.

As you can see from the above specs there’s plenty to recommend for both of these mid-tier devices, and there are some similarities and also some differences. The Desire 816 has a faster processor, larger display, more RAM, a higher capacity battery, and is the slimmer handset.

On the other hand the One mini 2 has a display with more ppi, a higher amount of built-in internal storage, an overall smaller size (because of its smaller display), and is notably the lighter of the two. Much of your decision between the two will come down to what’s most important to you in a smartphone and how much you are willing to pay.

If you were choosing one of these phones today would you opt for the HTC Desire 816 or the HTC One mini 2?