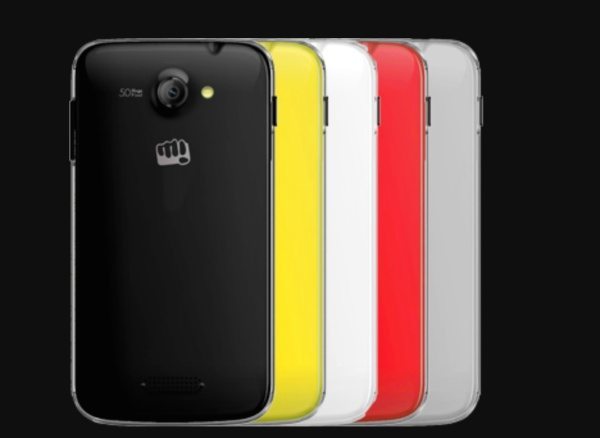 Yet another new Micromax smartphone is in the pipeline for India and follows hot on the heels of the Unite 2 A106 that recently launched and features multi-regional language support. Micromax Unite A092 specs have now appeared on the official Micromax website, although the company hasn’t yet listed the price for India.

The Unite 2 (A106) is a reasonably priced smartphone at Rs. 6,999 and the Unite A092 has mostly lesser specs (but more internal storage) so we’d expect it to be a little cheaper. The new Unite A092 is likely to release for sale sometime later this month and as soon as we hear a price we’ll let you know.

The specs of the Micromax Unite A092 include a 1.2GHz Qualcomm Snapdragon 200 quad-core processor, a 4-inch IPS display with resolution of 800 x 480, 1GB of RAM, and 8GB of internal storage, expandable via microSD to 32GB. It has a 5-megapixel rear camera with LED flash, a 0.3-megapixel front-facing camera, 1500 mAh battery, and runs the Android 4.3 Jelly Bean operating system.

Connectivity options include 3G, Wi-Fi 802.11 b/g/n, Bluetooth 4.0, and GPS, and it’s a dual SIM (GSM + GSM) device with dual standby. The phone also has FM Radio and a 3.5mm audio jack and the Unite A092 comes with the 21 pre-loaded language support that appeared for the Unite 2 A106. Color choices are Classy Black, Mystic Grey, Fiery Red, Pristine White and Vibrant Yellow.

These specs are somewhat different to those of the already launched Unite 2 A106, which has a 1.3GHz MediaTek quad-core processor, 4.7-inch display with resolution of 800 x 480, 1GB of RAM, and 4GB of internal storage, expandable to 32GB. The Unite 2 has a 5-megapixel rear camera with a 2-megapixel front-facing unit, a 2000 mAh battery, and runs the later Android 4.4.2 KitKat operating system.

You can find out much more about the Micromax Unite 2 (A106) in our previous articles here, including a comparison with the Moto E, an unboxing and benchmarks. You can also see more on the new A092 at the source link below, and of course we’ll bring you more news on availability and the price for the Micromax Unite A092 when we know more. Is this a phone you might be interested in?