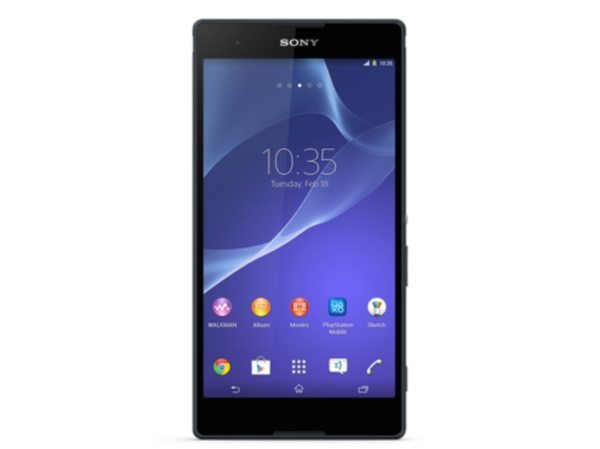 The Sony Xperia T2 Ultra phablet was introduced at the beginning of the year and when it was first made official it was thought that the device would be available across Europe. However, there was later disappointment when Sony then decided against that. Now there are likely to be plenty of people pleased to hear that the Sony Xperia T2 Ultra has now arrived for sale in the UK and other parts of Europe after a company U-turn.

The official online Sony Mobile Store now has the Xperia T2 Ultra listed as available with a price tag of Â£319.99 for the UK. The price is approximately â‚¬399 for other European countries, which include France, Italy, Netherlands, Spain and Sweden. Rather oddly it seems that the phone is not available for sale in Germany. Some of the above countries are selling the phone in the black, white or purple colour options while others are only selling it in black or white.

Xperia T2 Ultra specs include a 1.4GHz quad-core processor, Adreno 305 GPU, 6-inch IPS LCD display with resolution of 1280 x 720 and 245 ppi, 1GB of RAM, and 8GB of internal storage (expandable via microSD to 32GB). It has a 13-megapixel rear camera with 1080p video capture, a 1.1-megapixel front-facing camera and 3000 mAh battery. This phone runs the Android 4.3 Jelly Bean operating system that will be upgraded to Android 4.4.2 KitKat at some point.

You can read much more about the T2 Ultra in our many previous articles about this device here, including comparisons with other phones, reviews and more. Are you pleased to hear that the Sony Xperia T2 Ultra is now available for Europe?