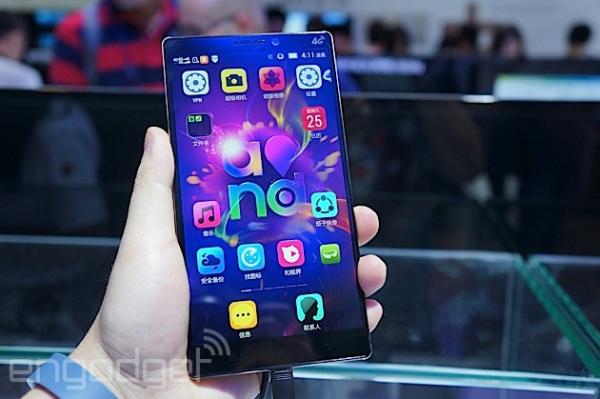 If you favour the Android smartphone platform there are certainly plenty of different handsets to choose from via a variety of manufacturers, but now the Lenovo K920 has been officially announced that brings a high spec smartphone to take on rival flagships such as the LG G3 and upcoming Galaxy Note 4.

Lenovo has taken the wraps of the K920 with is a phablet smartphone that offers a 6-inch display at a QHD resolution. Obviously the device will have a slightly lower pixel density than the LG G3, but this tasty looking display has the quad core Qualcomm Snapdragon chip set under the hood which is running at a 2.5 GHz clock speed.

There is also 3GB of RAM running the Android 4.4.2 KitKat operating system and there is 32GB of on board storage, but it isn’t clear at the time of writing if this is expandable via microSD card. As you can see the handset has extremely thin bezels surrounding that 6-inch display.

We also have a 16-megapixel camera on the rear of the device which is paired up with a 5-megapixel front facer, but it is not clear how much the handset will be priced at or if it will become available outside of China, but given these impressive specifications many fans of Android will be hoping it will be.

The device will rival the other high end handsets becoming available on the platform this year that includes the likes of the Galaxy Note 4, Galaxy S5, LG G3, and HTC One M8.

Do you like the look of the Lenovo K920?

Source: Engadget via Android and Me.