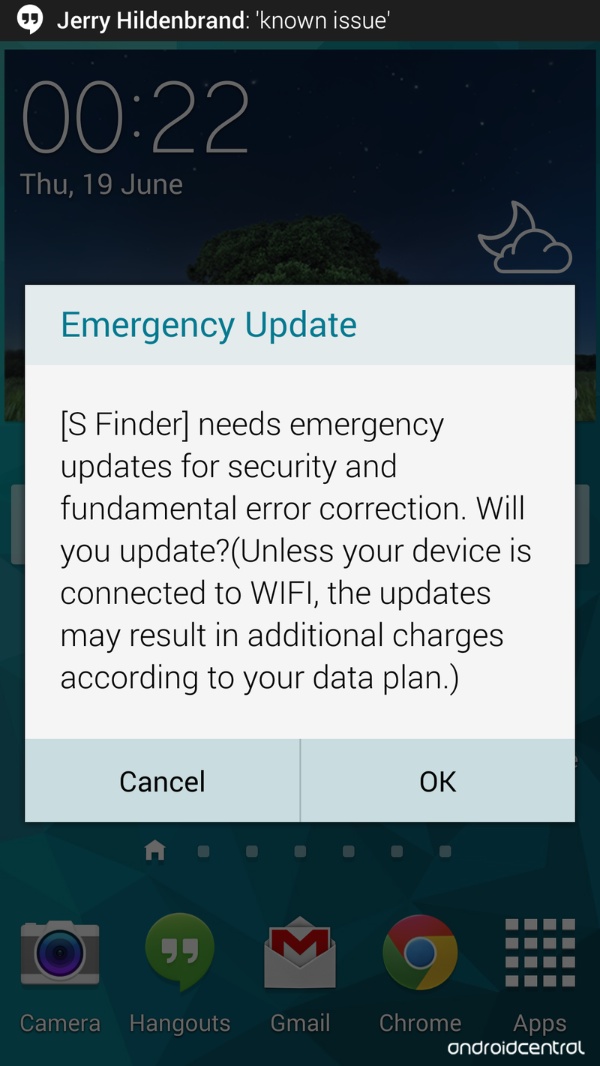 It’s always good to be able to bring news of software updates for devices and much of the time these bring various improvements and new features. However a new update is now being pushed out to the Samsung Galaxy S5 and also the Galaxy Note 3 and this is an emergency S Finder update.

This software update first appeared yesterday and is rolling out to users of both devices. This is not a major update so don’t expect massive changes. However, it does appear to be significant with Samsung saying that it brings “emergency updates for security and fundamental error correction” needed for the S Finder search app.

The words used sound a little ominous but Samsung hasn’t filled in the details of the problems and exactly what is being patched, at least not yet. At this stage we’re also not sure whether this ‘emergency’ update will be pushed out to all world regions or whether the issue with S Finder is limited to certain markets.

However, if you have the Galaxy S5 or Galaxy Note 3 and receive notification that this update is available you should probably go ahead and install it, although we note that some comments on the source links below are querying this. You can download it over your carrier network or over WiFi although you could incur additional data charges over the former (according to data plan).

Have you already been prompted to install this S Finder fix software update for your Samsung Galaxy S5 or Galaxy Note 3? If so, has everything gone smoothly for you? Send your comments to let us know.