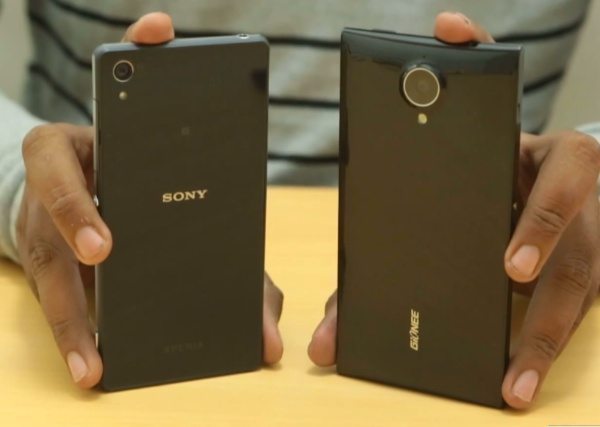 The Sony Xperia Z2 is a top-flight flagship smartphone that is slowly releasing to more countries of the world, and as you might expect of a premium device it also has a high price tag. On the other hand the Gionee Elife E7 is a popular smartphone that released last year and has decent specs at a lower price. Today we have a video showing Sony Xperia Z2 vs. Gionee Elife E7 camera performance, and we’d be interested to hear which you think does the job the best.

Smartphone photography is an increasingly important aspect for many people buying a new handset and it’s interesting to see how the more expensive devices compare with popular lower-priced ones in this respect. The Sony Xperia Z2 has a 20.7-megapixel rear camera with autofocus, LED flash, and also a 2.2-megapixel front-facing camera. Meanwhile the Gionee Elife E7 has a 16-megapixel rear camera with autofocus and LED flash and an 8-megapixel front-facing unit. So which offers the best results?

The YouTube video that we’ve embedded beneath this article comes from Fone Arena and gives an opportunity to compare images of the same shots taken with both phones. It shows a selection of image samples taken in various conditions including indoors, outdoors, close-up, and low light. These can be seen alongside each other for easy comparison and along the way you’ll also see the odd image taken with the Canon EOS 5D Mark III camera as a point of reference.

In the latter part you’ll also see some video footage taken with both phones, again shown side-by-side for easy comparison. The footage is 1080p video capture @30fps and you’ll also get a chance to hear the audio for each. People’s opinions on what makes a good photo often vary widely so we don’t want to influence your decision on which device comes out top. However, we’d love to hear your opinions after you’ve checked out the camera performance video below.

Do you think one is far better than the other, and if so does that apply to both stills and video footage? Is your victor the Sony Xperia Z2 smartphone or the Gionee Elife E7?