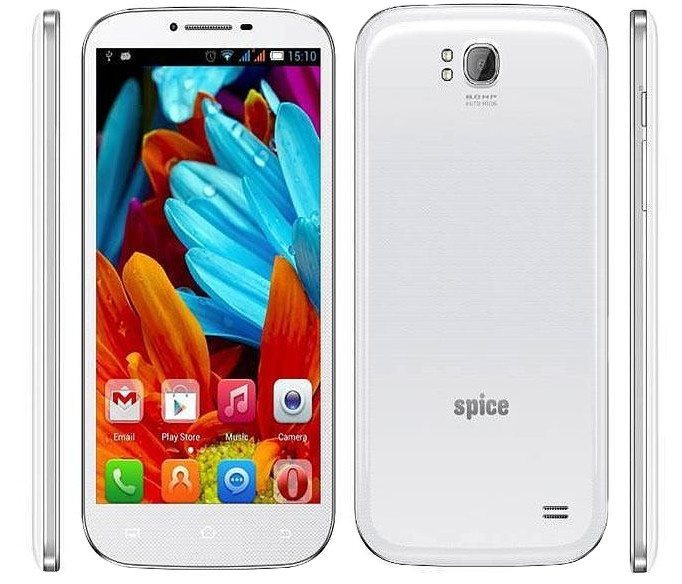 Yet another new smartphone is on its way for the market in India, and although this device hasn’t yet been officially launched it has become listed online. The Spice Stellar Mi-600 has a whopping 6-inch display and is the first smartphone from the company that will release running the Android 4.4.KitKat operating system.

The phone has come to light on HomeShop 18 and is expected to arrive for sale soon. Spice Stellar Mi-600 specs include a 1.3GHz quad-core processor, a 6-inch IPS display with resolution of 960 x 540, 1GB of RAM, and 4GB of internal storage (expandable via microSD to 32GB).

This is a dual SIM smartphone with dual standby and has an 8-megapixel rear camera with LED flash, a 3.2-megapixel front-facing unit, and a 2500 mAh battery offering around 9.5 hours of talk time. Connectivity options include 3G, Wi-Fi, Bluetooth and GPS / aGPS. It also has FM Radio and a 3.5mm audio jack.