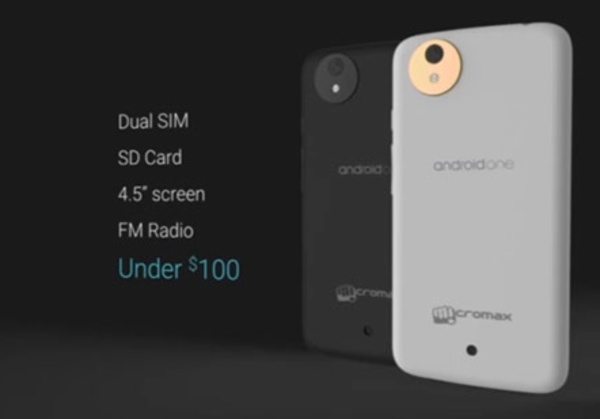 Google’s I/O event kicked off today with lots of notable news already announced. One of the new initiatives is the Android One program, that is intended to make it easier for OEM’s to optimize their devices for the growing number of users of the Android platform. The idea is to streamline the release, support and development of future Android smartphones.

The project will make it smoother and quicker for manufacturers to come up with “high quality, affordable smartphones,” with access to the tools, reference designs and qualified vendors that are necessary as part of a unified feature set. A software angle for Android One is also part of the idea, building on the stock Android experience of Nexus and Google Play edition devices. This will enable both carriers and manufacturers to supplement software with locally-relevant apps.

A further piece of good news is that Android One smartphones will receive automatic updates to ensure they’re using the most up-to-date software. Google’s Sundar Pichai was on stage at the event to show the first Android One smartphone. It comes from Indian manufacturer Micromax and has a sub-$100 price tag. This will feature some of the most important aspects for phone users there, such as dual SIM support, FM Radio and microSD card, and the device has a 4.5 inch display.

Karbonn and Spice will also be producing Android One smartphones when the Android One program begins this fall in India. At the event today Google also announced the new major version of the Android operating system, dubbed Android L. You can read more about the improvements and changes on offer with Android L in our previous article here.

What are your initial impressions on the news so far from Google I/O?