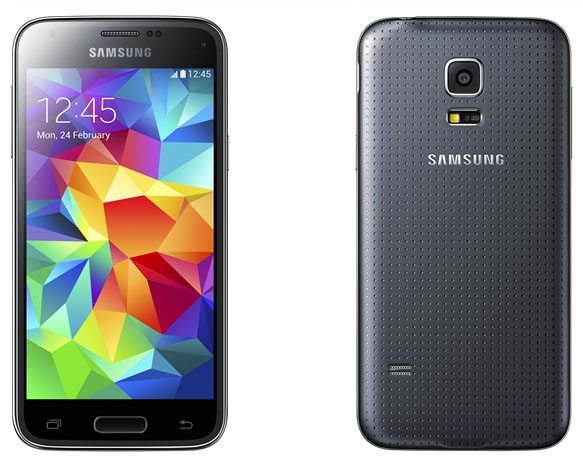 Almost a year ago, Samsung introduced the Galaxy S4 mini, it’s 2013 miniature version of last year’s flagship. Today, the trend continues, and, to nobody surprise, Samsung announced the Galaxy S5 mini, the smaller, younger sibling for the 2014 flagship, the Galaxy S5. It will directly compete on the market with HTC’s One mini 2, as the fight continues in this segment as well, in addition to the flagship department, where the Galaxy S5 is competing directly against the One (M8), among others, like the Sony Xperia Z2, and LG G3.

The Galaxy S5 mini has a lot in common with the flagship, aside from the general looks, and its name. The mini phone has an IP67 build, in addition to heart-rate monitor and fingerprint scanner. Under the hood, there’s a quad-core processor clocked at 1.4GHz, helped by one-and-a-half gigs of RAM. Internal storage should be enough for most of you, at 16GB, with the option to further expand it with the help of a microSD card of up to 64GB. Your pictures will be snapped by the eight-megapixel main shooter with LED flash, and a 2.1-megapixel webcam will take care of your selfie needs. The battery is rated at 2,100mAh, and the phone is powered by Android 4.4 KitKat, with Samsung’s own TouchWiz on top of it.

There’s no word on pricing yet, but the Galaxy S5 mini will reachÂ Russia early next month (July), with a global expansion to follow. Color options to choose from include Charcoal Black, Shimmery White, Electric Blue and Copper Gold.