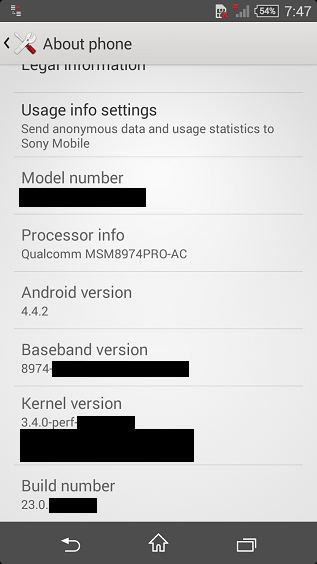 There’s a lot to talk about when it comes to “mini” phones. Samsung and HTC have been historically releasing miniature versions of their flagship devices. As far as 2014 is concerned, both companies have their players on the field: the HTC One mini 2 is already available to purchase, while Samsung’s recently announced Galaxy S5 mini will soon be available (this month, July), in select markets around the world.

However, HTC and Samsung are not the only phone-makers that have released “mini” phones. LG also has its 2013 offering, and is preparing to release a new one for 2014, dubbed G3 Beat (or G3 Lite). However, there’s a fundamental issue with these younger flagship siblings: while most of them adopt and reuse the name of the flagship, they fall short in the the specifications category. There was no real “smaller” mini phone, when it comes to specs, until Sony has released its Xperia Z1 Compact, that brought the exact same internals found on the flagship, to a smaller form factor.

The Xperia Z1 Compact looks so good on paper (depending on your tastes, it also looks good in your hand as well), that Sony could go on without releasing a model for 2014, as all of its competitors’ offerings are lower-specced. However, according to the latest rumors and leaks, Sony is preparing an Xperia Z3 Compact. The logical move would be to unveil a Z2 Compact, but the leak specifically mentions the Z3 Compact moniker. Judging by this information, Sony will either wait for the Z3 Compact until next year, when the Xperia Z3 is expected, or both the Z3 and the Z3 Compact will be announced towards the end of the year.

As far as specifications are concerned, the Sony Xperia Z3 Compact is expected to packÂ 4.5-inch screen, pretty much like the Galaxy S5 mini that’s been recently announced. While the resolution isn’t mentioned (as of now), it is safe to assume that it will be at least HD (720 x 1280), just like the Z1 Compact. The processor mentioned is a Qualcomm Snapdragon 801 clocking at 2.5GHz (a faster version than the one currently inside the Xperia Z2 flagship), helped by the Adreno 330 GPU, and 2GB of RAM. Staying true to its heritage, the Z3 Compact is expected to pack a 20.7MP main camera (identical in terms of megapixel count to the one on the Z1, Z1 Compact, and Z2), in addition to a 2.1MP webcam. We can also safely anticipate the waterproof Â build present on all recent Sony flagship models.

There’s a screenshot to accompany all of the above, and, while Android 4.4.2 KitKat is clearly seen, we can expect the phone to launch with Android L.

Do you think the Z1 Compact (and soon, the Z3 Compact) will soon find real competition in the “mini” phone sector, or will it be the king of miniature phones for the near future?