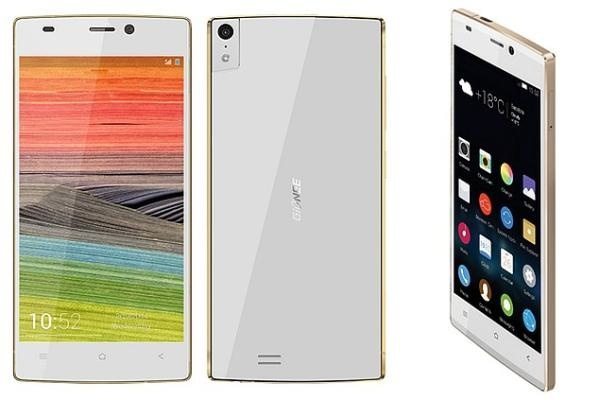 We’re always pleased to be able to bring readers news of operating system updates and today’s good news is for owners of the Gionee Elife S5.5. This is a notable attractive smartphone that has been very popular, and it released in March running the Android 4.2 Jelly Bean operating system. Although the Android 4.4 update was released last year, it has taken some time to rollout for many devices, but now the Gionee Elife S5.5 Android 4.4 KitKat update has arrived.

Android KitKat is a significant update that has just started to be pushed out for the Gionee Elife S5.5. We should point out that these kinds of operating system updates are usually rolled out in phases, so you may need to be a little patient if the update is not yet ready for your own device.

The Android 4.4 update brings many enhancements and changes for smartphones, and some improvements for the Gionee Elife S5.5 include an updated GioneeXender to optimize performance, a revamped Game Zone with new-look UI, and updated Amigo Paper with new interface design. Other changes are a new Desktop arrangement, added Du speed booster, and the removal of the world cricket championship.

GSMArena notes that they have already installed the Android 4.4 KitKat update on the Elife S5.5, and informs further about some of the changes. The UI look is said to be flatter and there’s a redesigned notification drawer. There are also some additional pre-intalled apps, with one of them being the popular BBM service. Benchmark scores are said to be on a par with those of Android 4.2, although there are some minor UI speed improvements.

We recently shared an unboxing and gaming review videos of the Gionee Elife S5.5 and you can read further about this phone, including comparisons and more in our earlier articles on the device here. Are you one of the first to receive the Android 4.4 KitKat update for your Gionee Elife S5.5? If so, why not let us know what you think of the changes it brings by sending us your comments.